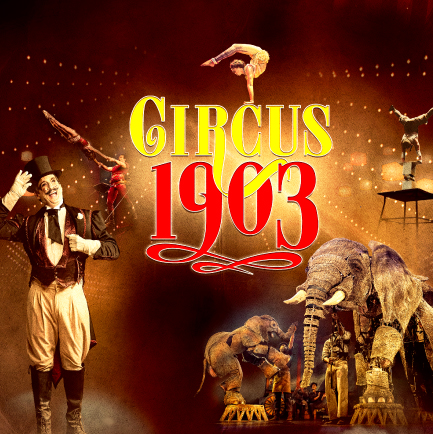 The producers of the best-selling magic show in the world have teamed up with award-winning puppeteers to create a turn of the century circus spectacular!

Featuring the most amazing, dangerous, and unique acts from all four corners of the globe, accompanied by the largest ever performing African elephant puppet, CIRCUS 1903 transports the audience to the golden age of circus. This is a truly captivating circus extravaganza that is perfect for the entire family. 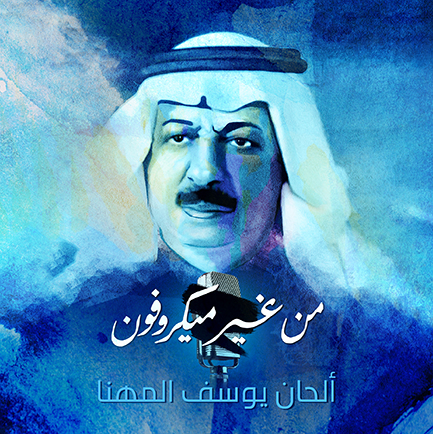 Songs by Yousef Al-Muhanna: Without a Microphone

Songs by Yousef Al-Muhanna: Without a Microphone

JACC Orchestra presensts “Without a Microphone” concert to celebrate the works of Kuwaiti composer Yousef Al- Muhanna, one of the most prominent artists who enriched the musical scene in Kuwait with many songs about love, patriotism, sports and religion, sung by Kuwaiti and Arab singers. 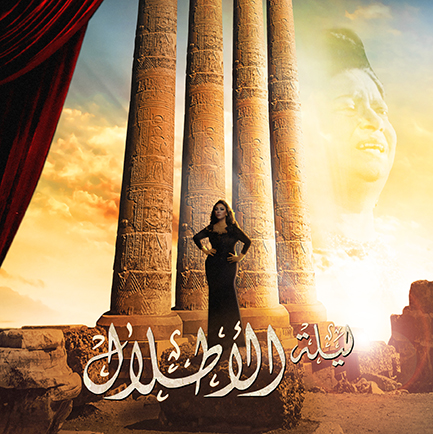 An operatic concert celebrating the legend Umm Kulthum as never seen before. The concert presents three of Umm Kulthum’s most famous songs: Amal Hayati, Ana Fi’Intezarak and Al Atlal, performed by May Farouq and conducted by maestro Emad Ashour.

The first part of the show will have a classic feel, very similar to Umm Kulthum’s original stage set, and the second part will present the song Al Atlal in an innovative style, with the latest and most creative uses of theatre technologies, to transform the classic poem/song into something modern, sophisticated, and both visually and vocally stunning. 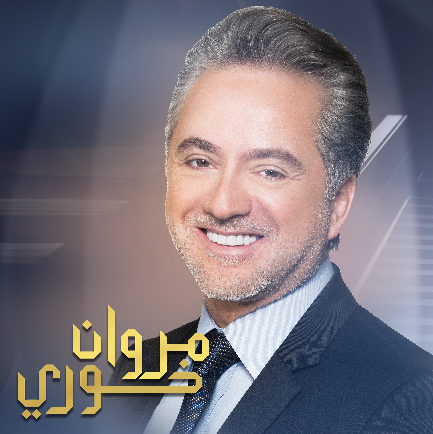 Lebanese artist Marwan Khoury will perform many of his romantic songs at Sheikh Jaber Al-Ahmed Cultural Centre for the first time in November 2019. Khoury is a well-known singer, composer and lyricist, a special musical talent. As a composer, Khoury cooperated with the most beautiful voices on the Arabic musical scene, including Magda Al Roumi, Saber Al Ribai, Nawal Al Zoghbi, Assala Nasri, Najwa Karam, Fadle Shaker, Elissa, Carole Samaha and others. 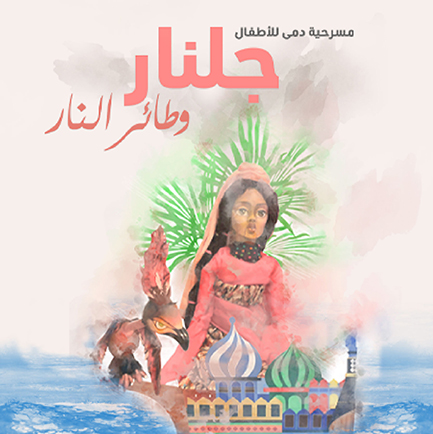 Julnar and the Firebird

Julnar and the Firebird

From the balcony of the Palace of Wonders in the island of Zanzibar off the coast of East Africa, Princess Julnar watches sailing wooden ships arrive from Kuwait.

Julnar’s dreams of seafaring come true when she sets sail on a quest to find a cure for her friend the Firebird, who sheds his beautiful feathers when afraid. Join us on this exciting maritime adventure told with puppetry. 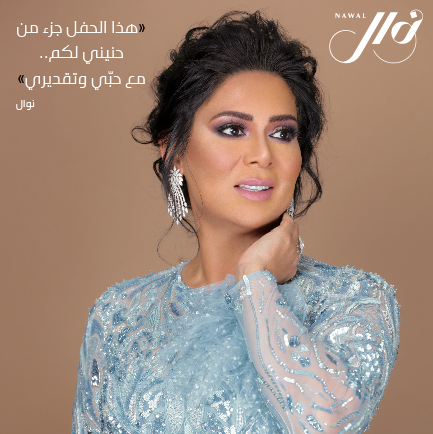 Nawal Al-Kuwaitya is set to perform for her fans in this season a selection of her best hits that have become unforgettable at alive concert as part of the Sheikh Jaber Al-Ahmed Cultural Centre’s new season. 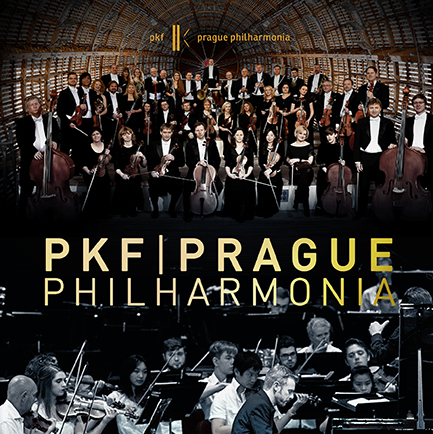 Withone of the most recognized orchestras in the world, PKF-Prague Philharmonia, JACC hosts three classical evenings for music lovers, featuring a selection of classical pieces and Kuwaiti composed pieces on the first two nights, and a selection of film gala scores on the third night.

The PKF-Prague Philharmonia is an orchestra based in Prague, Czech Republic. It was founded in 1994 at the initiative of the world-famous conductor Jiří Bělohlávek, and under his leadership has developed into one of the most recognized Czech musical ensembles with a worldwide reputation.

Today, PKF’s music director and chief conductor is Emmanuel Villaume, a French conductor based in Dallas, who performs on prominent opera and concert scenes all around the globe, in cities such as New York, London, and Paris. 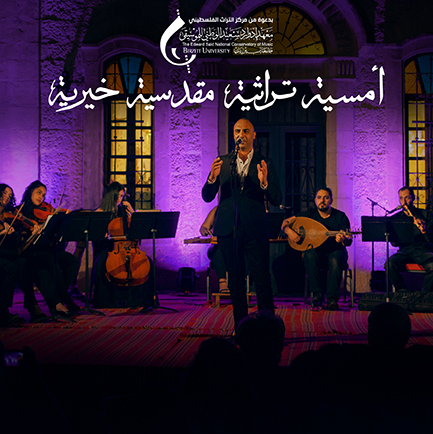 The Jerusalem Arabic Music Ensemble was established back in 2009, consisting of professors at the National Music Conservatory and professional Palestinian musicians who release new productions every year. Since its establishment, the group has participated in many significant music and art festivals in both Palestine and Jordan, in addition to a distinguished participation at the Bahrain Spring Festival. 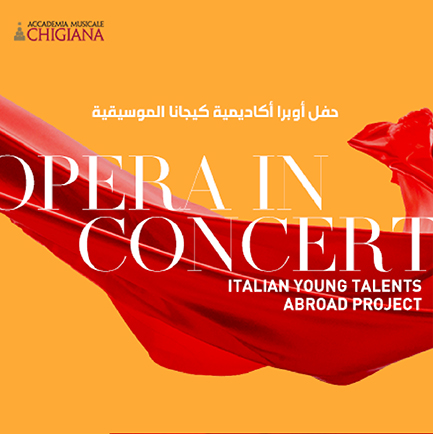 The Accademia Musicale Chigiana was founded in 1932 at the behest of Count Chigi Saracini, the patron and music lover who instituted master classes in music in Siena, offering hospitality in his own home to prestigious, world-famous teachers and to students coming from every continent. Thanks to its particular origins and the model of culture and of valuing and promoting music that it has represented in the past century and continues to represent; the Academy is internationally recognized still today as one of Italy’s most prestigious musical institutions. 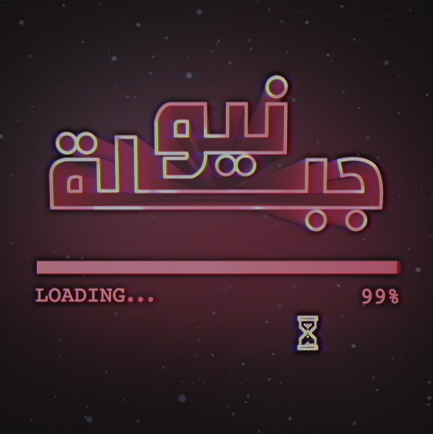 Following earth’s total destruction from a major catastrophe, first-world citizens depart to Mars with only one Kuwaiti family that sneakily boards the space shuttle, while other Kuwaitis and third world citizens migrate to Saturn.

Years after the flight from the burning planet to Mars, social justice and human well-being are achieved. Yet despite all the advantages of the new Martian life, Jassem and Salwa face an opposition from their families, who still hold on to the traditions and customs of their life in the abandoned planet.

A huge production envisioning the future with sarcasm, and comedy. Written by Saud Al Sanousi, and performed by a group of actors. 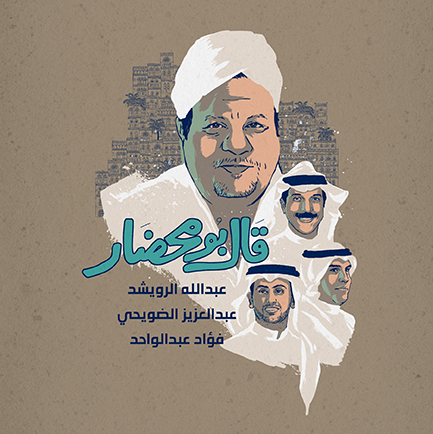 Sheikh Jaber Al-Ahmed Cultural Center celebrates Yemen’s musical scene in Kuwait, through Hadhrami music by Hussain Al-Mihdhar who was one of the most prominent innovators of the Hadhrami genre. The concert will be led by JACC Orchestra, accompanied by Abdullah Al-Ruwaished who collaborated with Al-Mihdhar since the eighties, and the Yemeni artist Fouad Abdul Wahid who will be performing a selection of Al-Mihdhar’s songs with a local twist. Last but not least, the artist Abdulaziz Al-Duwaihi who is famous for singing a number of classic Al-Mihdhar songs that were popular among «Samrat» will also be part of the performance. 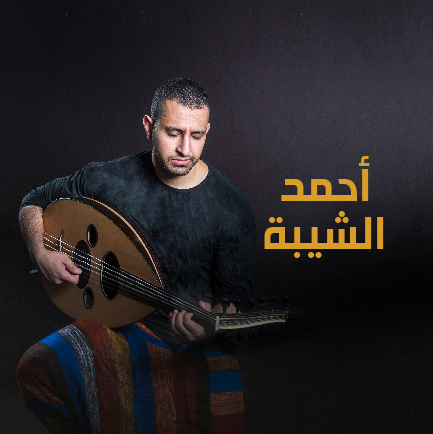 With his mixed eastern-western style, Yemeni musician Ahmed Al-Shaiba delights in seeing how western music sounds when played on the oud.  He is intent upon showing the world the beauty of the oud and how it can be used for playing any kind of music, not just Middle Eastern.  Indeed, Ahmed firmly believes that every musical instrument of every culture has global validity and beauty and will sound good in any culture. 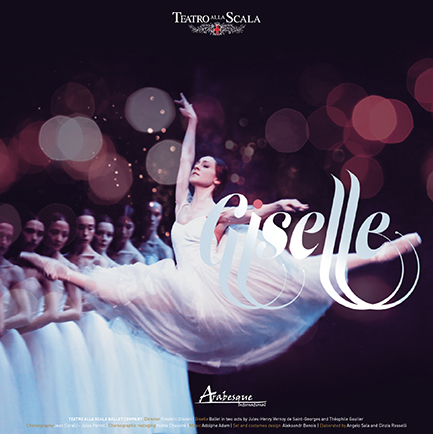 A tale of love, betrayal and redemption set amid joyous peasant celebrations and the pallid host of Wilis, as fascinating as they are ruthless: Giselle, the romantic ballet par excellence, continues to attract audiences with its contrast between a sunny world and a dark and terrible kingdom inhabited by spirits. The peasant girl Giselle and Prince Albrecht are two paradigmatic roles in the academic repertoire. As the choreography unfolds, the principals are required to vary the technical and expressive register from carefree jollity to despair, from easy-going self-assuredness to the awareness that life has no purpose without love. Giselle encompasses all the elements of the romantic ballet: La Scala’s Ballet Company will perform once again the unforgettable Coralli-Perrot choreography in the revival by Yvette Chauviré who, through her sophisticated interpretation of roles such as Giselle, has celebrated the classical tradition in all its purity. In her version of Giselle, performed at La Scala for the first time in 1950, it was Chauviré herself who starred as the ill-fated peasant girl who dreamt of love and loved to dance. And all this is enriched by the settings by Aleksandr Benois that are held in the Scala’s repertoire. Giselle, protagonist of the recent Scala seasons and international tours, is now staged as an homage to Yvette Chauviré herself, extraordinary artist recently died. 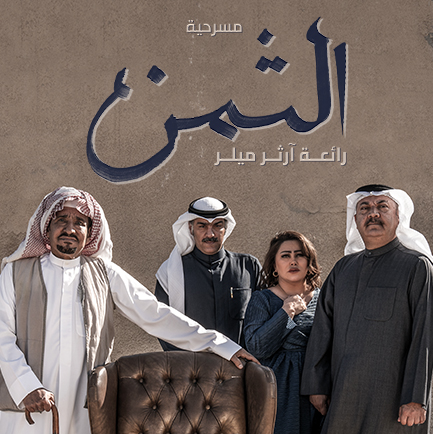 In 1968, American playwright Arthur Miller wrote his play “The Price” about two brothers who choose different paths in life, adopt different views and values, and pay the price for their choices. Kuwaiti playwright Abdulaziz Al-Surayyie, who wrote remarkable works such as “Daa’Al-Deek”, “1234 Boom”, “Shayatin Lailat Aljumaa”, “Bhamdoun Almahatta” the TV series “Alebreeq Almaksour” and other works, adapted Miller’s work in 1988 which was directed by Fuad Al-Shatti and performed in the first Theater Festival for GCC Theatre Groups starring Kanaan Hamad, Jassem Al-Nabhan and Suad Hussain and Ebrahim Al-Sallal.

Today, Sheikh Jaber Al-Ahmed Cultural Centre reintroduces “The Price” in a new directorial vision by Abdullah Al-Aber, with new performers, aiming to restore for theatre enthusiasts the joy and magic of a theatrical experience, which has been long yearned for in Kuwait. 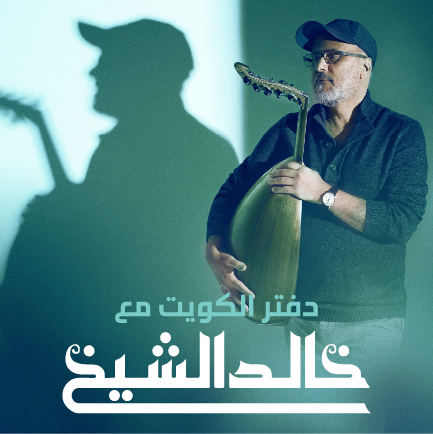 The Kuwait Notebook with Khalid Al-Shaikh

The Kuwait Notebook with Khalid Al-Shaikh

Sheikh Jaber Al-Ahmed Cultural Centre is a long-awaited night with the great Bahraini artist Khalid Al-Shaikh. Al-Shaikh started off his musical career by singing for Bahraini students in Kuwait during the 1970’s. Accompanied by Abdulqader Al-Hadhoud, Mutrif Al-Mutrif and the JACC Orchestra, The Kuwait Notebook will be Al-Shaikh’s tribute to Kuwait as he will perform a selection of his favorite songs that defined his years in Kuwait. 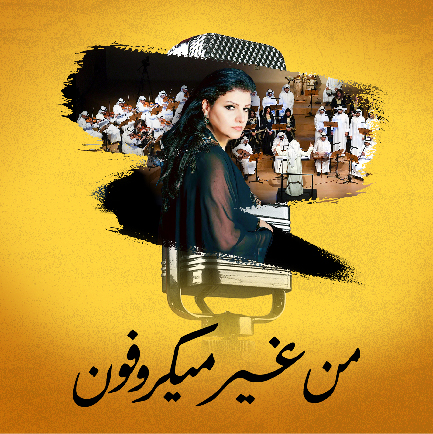 Classical Arabic Songs: Without A Microphone with Jahida Wahbe

Classical Arabic Songs: Without A Microphone with Jahida Wahbe

JACC Orchestra presents “Without A Microphone” for classical Arabic music lovers with prominent singer Jahida Wahbe, one of the most powerful voices in Arabic, operatic and Muwashahat singing, with whom the audience will enjoy a selection of classics without any sound barriers. 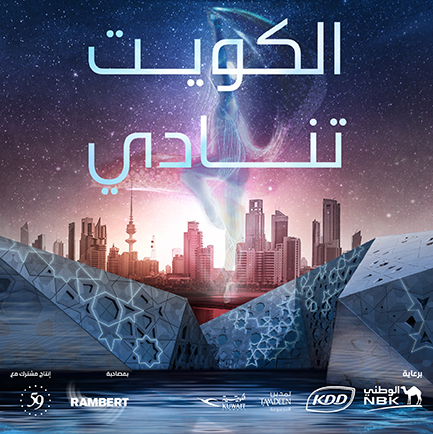 With its inspiration firmly rooted in traditional music and dance, Kuwait Calling will transport audiences on a fast-moving time-travelling journey from the desert origins of Kuwaiti culture to the sea and back to the city, reflecting on the ingenuity that allowed Arabic astronomers and scientists to harness the knowledge of the heavens to further human understanding and development.

Presented in a specially-created outdoor venue at JACC, advanced digital motion-capture of live dancers will for the first time generate animation on this huge scale, transforming the architecture of the surrounding buildings to help tell a story both historical and fantastical. 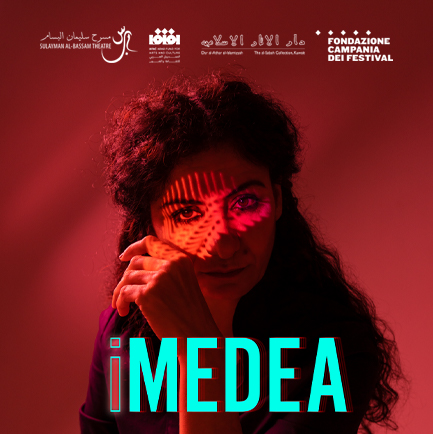 Internationally renowned Kuwaiti playwright and director Sulayman Al-Bassam presents this groundbreaking adaptation of the Ancient Greek myth, first dramatised by Euripides. Drawing inspiration from ancient sources, Al-Bassam explores the contradictions of modernity and examines the relationship between the Arab and African Worlds and Europe in the light of mass migrations and rising Islamophobia. Through the character of Medea, played by the spectacular Franco Syrian actress Hala Omran, the piece explores of the themes of female sovereignty, love, marriage and broken vows.

This production is Al-Bassam’s fourth collaboration with the great French Scenographer Eric Soyer (UR; Petrol Station; In the Eruptive Mode), and continues their exploration of new dramatic forms that cross Arab and international borders, offering a deeply original theatre experience, open to the world. Through the appropriation and re-invention of Gulf sea chanties, the live music of the production delves into the collective imaginary and opens new horizons for storytelling and the stage in the twenty first century. 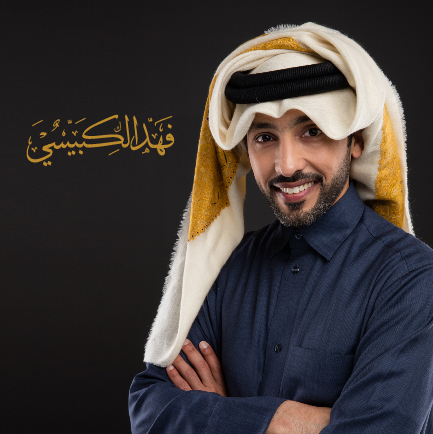 Fahad Al-Kubaisi is a Qatari singer and one of the most prominent artists in the gulf region. He debuted in 1997 and released 8 albums since then, including Sah Al-Nom, Tejy Ne’shaq, Mazaji. His latest album Enta eshq was launched in 2017. Al-Kubaisi also released many singles and more than 50 patriotic songs. 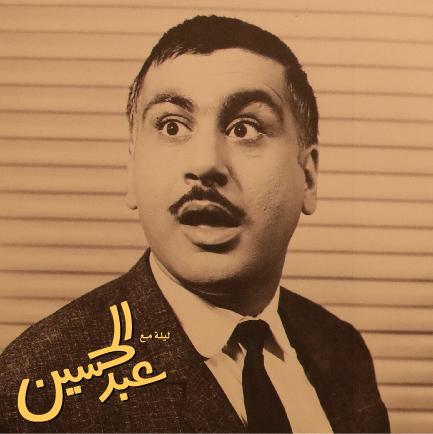 The late great Kuwaiti comic and actor Abdulhussein Abdulredha was a giant of the Khaleeji entertainment circuit for decades – his unbounded talent, unfettered charisma and unmatched improvisations bringing laughter and joy to generations of Kuwaitis, while successfully crossing cultural boundaries too. “An Evening with Abdulhussein” captures the humorful essence and enormous variety of this iconic performer’s exceptional artistic output in television, theatre and musicals and reaffirms for audiences why ‘Abdulhussein’ shall forever remain in their hearts.  Through the use of archive footage and recreations of scenes from his most famous plays, TV shows and musicals, get ready to be transported back to an era like none before!